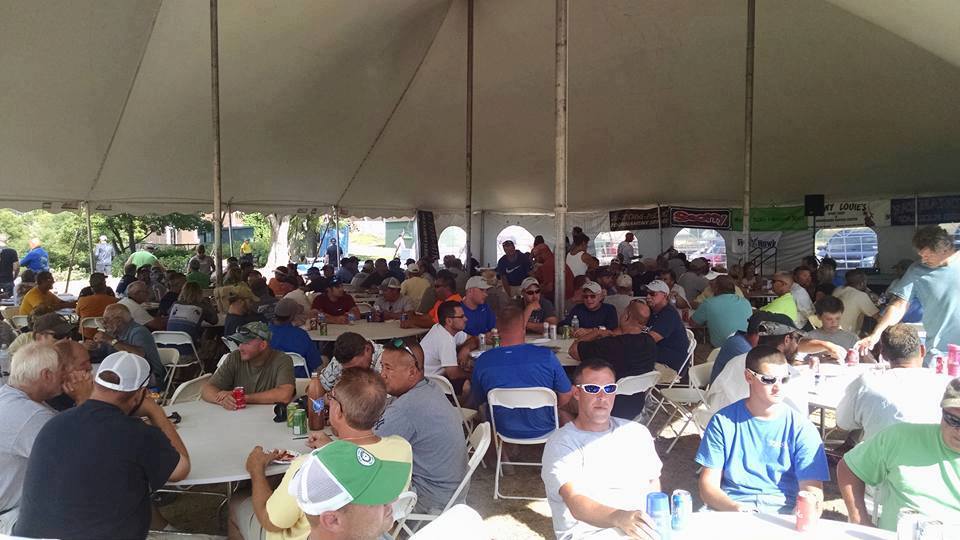 2) All Teams must supply an observer who will act on another competitors boat and who will not be allowed to communicate in any way, texting etc. If any team's observer does not show in the morning, then a team member must be forfeited or the team will be disqualified. At that point an observer will be supplied for the fee of $150 (Paid on the spot). Observers are mandatory and must be identified by the team captain and be in attendance at captains meeting. All observers must be prepared to leave the dock on their assigned boat by time designated at captains meeting, once again if a team's observer is not present by designated time in the am then the captain of the assigned observers team must forfeit a team member to act as a observer replacement, if not the team will be disqualified from the tournament.

3) There are no lake boundaries for this tournament, fishing times will be announced at captains meeting. All legal fish must be taken by means of trolling. Any fish entered must be caught by hook and line, retrieved by rod and reel, on angling tackle. If a fish is dropped (lost) at back of boat, after hooked-up, that fish is not eligible to be re-taken. Unless by normal means of trolling and caught below the surface.

5) Chinook and Coho Salmon are the only fish species to be entered into the tournament and must be a minimum of 20" at the time of official weigh-in to be eligible for entry. Any fish not meeting the 20" slot size (measured from tip of snout to folded tip of tail) that is brought in for official weigh-in will be ineligible. The team will also forfeit the opportunity to go get another fish from your total daily catch.

6) Competitors must not go ashore anywhere except designated areas (i.e., Ports of Oswego City). All captains must check in at the tournament headquarters before leaving port. In case of boat and/or engine problems during tourney hours, observer's must be fully aware of a vessel being in tow and READY to answer all questions from tournament officials, a 5 point per minute penalty will still come into play if any tourney boat is late to designated weigh in times.

7) Tournament Officials, including observers may inspect boats and/or coolers at any time the day of the competition. No persons other than registered competitors will be allowed in a competitors boat during the fishing period of the competition, without prior approval of the team Captain.

8) All standings will be determined by points. 1 point per pound and 10 points per fish. A tie for any position will see the team with the single heaviest fish will be deemed the outright winner. (HEAVIEST FISH IN BOX)

9) Competitors may be disqualified for any violation of the tournament rules, with no refund of entry fee. Decision of the Tournament Officials is final.

10) Each competitor upon registration agrees to sign a waiver holding the tournament, tournament officials, sponsors, their agents and/or employees harmless from liability of any nature, and for injuries or damages suffered by the entrants during the period the tournament is held.

11) All competitors upon registration agree to abide by all rules.

13) At the discretion of tournament officials, any team entering fish that have been altered in any manner as to increase the weight of the fish will be disqualified from the tournament. No butt plugs allowed, only bagged ice will be allowed, no busted bags and no standing water.

14) Their will be no communication of any kind except amongst team members on your boat the morning of the event, and until the end of tourney hours that day. All personal communication devices, cell phones and etc. must be collected by the observer and placed in a closed bag by the observer that morning once on the boat. Boats are permitted to monitor VHF Channel 16 only, any communications whether boat to boat or boat to shore in any means are an automatic DQ for all involved.

15) A signed waiver form must be returned by the team captain or delegate at the captains meeting.

16) All decisions/rulings made by Tom Allen will be deemed final at the conclusion of the event. Prize structure subject to disclosure

There are no products listed under this category.