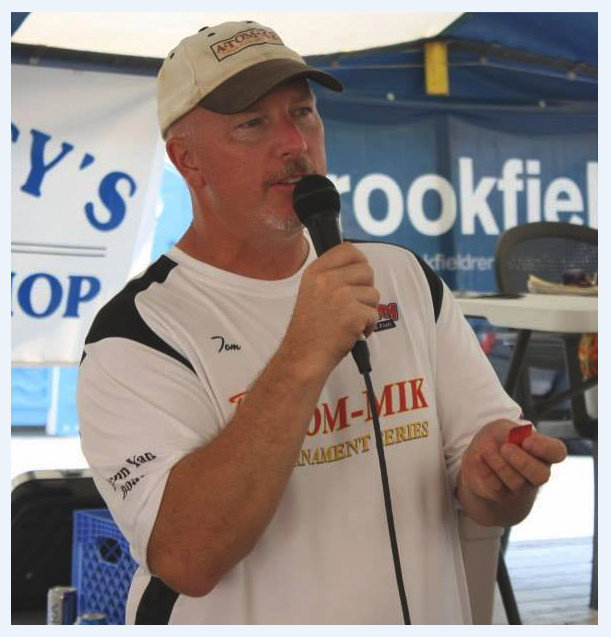 A bit of bio & what makes TA tic
I have been an avid great lakes angler since 1986, when I purchased my very first "lake boat". A brand spankin' new 14' ~~~> "Deep" <~~~ V with a roarin' 15 Hp kicker (which doubled as my main motor too, lol) I'd be seen in 600 fow on occasion with my 2 hand crank riggers sporting 8lb weights and typically 1 mono diver. A hand held VHF, one of those 3x3" screen hummin-birds, a compass, life jacket, a few items for gear and most importantly of all.... a possessed desire and will-power to catch the ALMIGHTY King Salmon or many days just anything that would bite !!!
As I aged I worked on the back of many Oswego Charter boats, racking up in excess of 1200 trips I figured, till 1999 when I burned myself out and walked away never to return as a mate again. Being or wanting to be a captain was never a goal, actually wanted nothing more to do with any such thing. I created a small business and joined the ranks of a tourney angler. New goal was to create a living doing what I loved, being on the water. I got to know a handful of lure makers along the way and had a pretty strong feeling I could make a living at "this stuff". Owned about 5 boats up till this time and after a few years of tournament participation with several well-known tourney teams, to continue to do more on my own simply won over. A-TOM-MIK had now dug in and the years just started elapsing. I put all I had into it and till this very day I still stay on top of things the best I know how. Never been a book smart type worm, more of a -lets figure it out as you go along- type dude.
There are many obstacles when living out a goal, many failures and many desires that just seem to lag compared to expectancies, but to push forward accepting nothing but a future success has always been my onset. I'll never forget speaking at my local middle school as a "words of wisdom" type attitude. The kids were great and inquisitive,  I walked in nervous and walked out feeling like a King, a highlight of my life was reading all their letters to me a few weeks later. Many saying I gave them inspiration and some meaning in life and even a couple stating they would like to be like me when they got big. WOW

Now days A-TOM-MIK is a tax compliant lure manufacturer to every level necessary to remain in business on a legal level. The excise taxes associated are spared by many who try to do what we've been doing for our 17th year now. It can suck when we cut checks 4 times a year that in part are grooming hiking trails in California somewhere. Our hard earned 10's of thousands of excise $$$$ are a tough pill to swallow. Daydreaming about what could be done with that cash will never be evaded, but its part of the business, or it is for A-TOM-MIK anyway.

My involvement to my passions never rest. I attend all Lake Ontario fishery meetings, run the local to Oswego Pen Projects. I am a seat in the newly created "Focus Group" consisting of representatives spanning the entire south shore of Lake Ontario and including the highest ranking DEC in our regions. Whether its a public meeting, sitting at a round table setting or jawing via text you can be sure my involvement needs will never grow old.
My tourney involvement has been lake wide some years with participation in every event on the entire lake, at one point 4 straight years and not missing one. Hosting and coordinating several events as well also a yearly gig, my Invitational event now in its 7th season has become a crowd favorite for many. A-TOM-MIK sponsors most others in some way and has been a liaison so to say for others too.
The strongest of desires is always hoping and praying many anglers will choose or continue to buy into what I'm selling, yes our product line of course but to also respect what has been accomplished for the ultimate betterment and longevity of our fishery. I often say when I'm on the water the energy of the daily gig goes away, to be at a certain peace or high matched by no drug. It's the ultimate feeling and one that keeps me strong while achieving goals and reaping beneficiary feelings
To be involved has no regrets, only a goal satisfaction rather to our fishery here. My depth of interest and respect to Lake Ontario is never fully satisfied. The goal is to be involved till I'm dead and gone, and to take & give what you can along the way.
A great big THANK YOU goes out to all who have helped to build my dream. Without all of you there could be no A-TOM-MIK or a happy go lucky dude just loving the CHIT he does !!!!